This week in class we talked about Digital Video Compression. Alot of films use 24 bps, video without compression would be very large and is not practical to use in this way. So compression is almost essential. There are two main types of compression:   Intraframe and Interframe.
Intraframe operates on a single frame and Interframe exploits the similarities between frames.
When compression occurs an image is divided up into blocks. Only blocks that are significantly different from those in previous frames are transmitted. Block Based Motion Compensation works best when objects are parallel to the camera plane. Zooming and rotation are no good for this.
Frames coded using Intra-Frames are called I-Frames, and frames coded using Inter-Frame compression are called P-Frames (Predicted frames). B-Frames are frames that can use information from the previous frame like P-Frames but they can also use information from frames ahead of itself, making it bi-directional.

The second class was all about podcasting. People can do this through downloading audio files from a website. But it is more common to use an RSS feed, which stores the podcasts you are subscribed to at regular intervals. So when you go to check the latest podcasts there is no dowloading time making it seem instantaneous. Meaning there is no need for streaming when using podcasts. I-Tunes is the most known and widely used service for this. 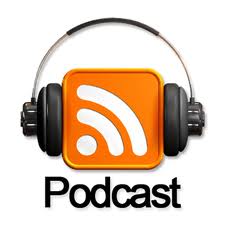 Anyone can make a podcast and put it online,giving the podcaster a potential global audience. Sometimes a radiostation or professional organization can edit an actual radio show and put it up as a podcast. Such as http://www.todayfm.com/Music/podcasts.aspx . In this format the songs played during the day on the radio show cannot be played in full because of copyright. The most common kind of podcast however is amateur podcasts which don't have to adhere to any regulations and as such can broadcast whatever they want no matter how much language is used. The podcaster can be as drunk or out of it as he/she wants and this makes it far removed from radio shows which need to be regulated. My favourite podcast network is: http://smodcast.com/home/ . 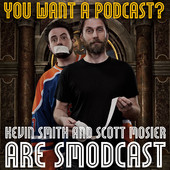